Last month the two tweed-lined Airstreams that we refitted for Pierre Lagrange, chairman of Huntsman were featured on the Sotheby’s blog, where we learned that our design had inspired him to clad some of his other vehicles in the fabric as he liked our Airstream interiors so much. 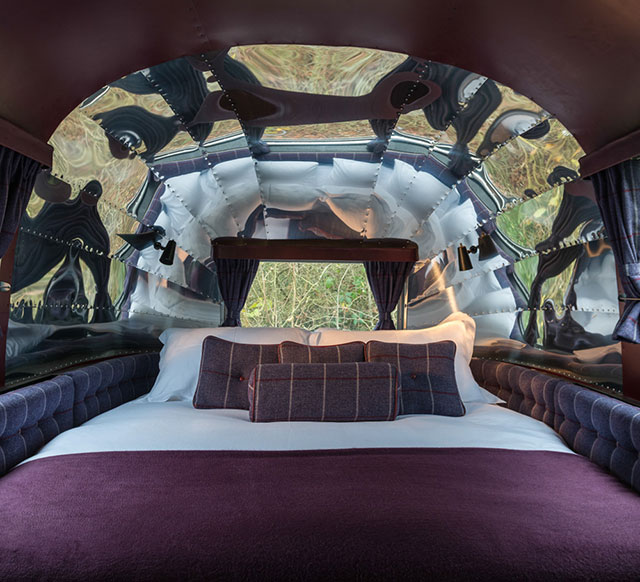 The Huntsman brand first started out making leather breeches for Queen Victoria’s son – but in modern times have come to be known for the signature range of high quality tweeds used in their suits. According to Mr Legrange the versatility of the tweed shows how Huntsman is about more than the clothes: “It’s about a lifestyle.” So of course it seemed par for the course that tweed should feature heavily in our interior designs for this pair of non-matching but similarly-themed Huntsman Airstreams. 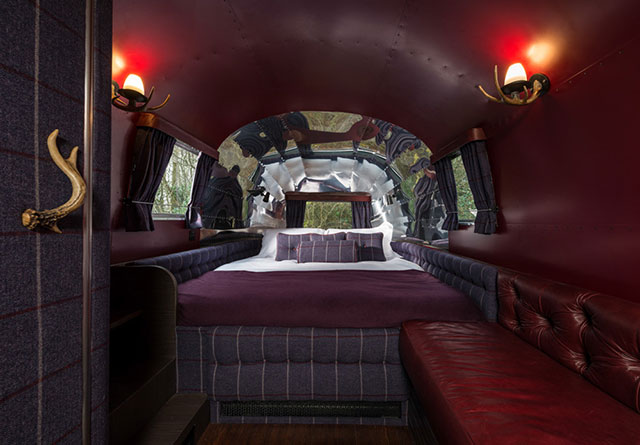 During the project we worked closely with Mr Legrange on the two Airstreams, to be used as guest accommodation at his home in Hampshire. Aware that he would not get planning permission to extend his home in an area of outstanding natural beauty, he chose the two trailers as an alternative solution. Luckily, an Airstream in the garden needs no planning permission at all. Lagrange contacted ARC and we set to work helping him to create his luxury vision based around the Huntsman theme and fabrics. Each Airstream evokes a different ambience as Lagrange explains: “For one we chose a purple check to suggest the heather moorlands of Scotland. And the other is a more sandy hue to match the earth of the local partridge fields.” 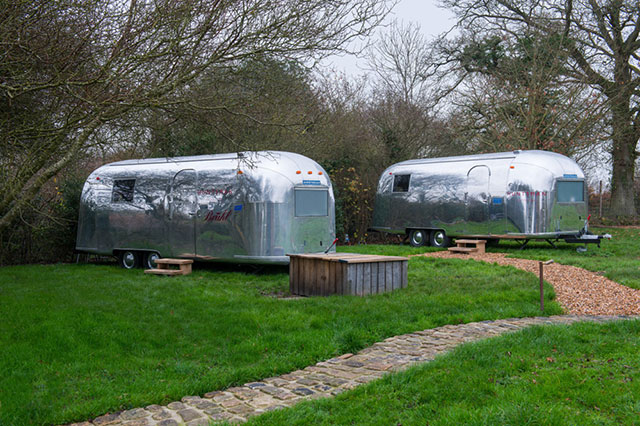 Now set in Lagrange’s orchard, the two Airstreams have charmed his guests: “They’re a little like log cabins on wheels” he said. At first he wondered if some of his guests would want to stay in a trailer, many having never done it before but he found of course, that it soon became the most popular option for visitors!

“All my guests love it. It’s so cosy and enclosed, it’s like a womb.” 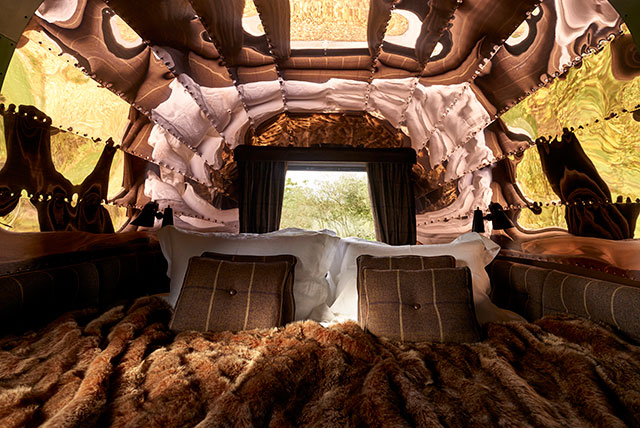 According to Sotheby’s the success of the two Airstreams has prompted Mr Legrange to clad more vehicles in the timeless fabric, including his vintage Aston Martin DB5 Shooting Brake. The vehicle is now dressed in a stony grey check to match its silver exterior. And he is delighted with the results, as he asserts the Huntsman maxim “You never get too warm or too cold in a tweed”. 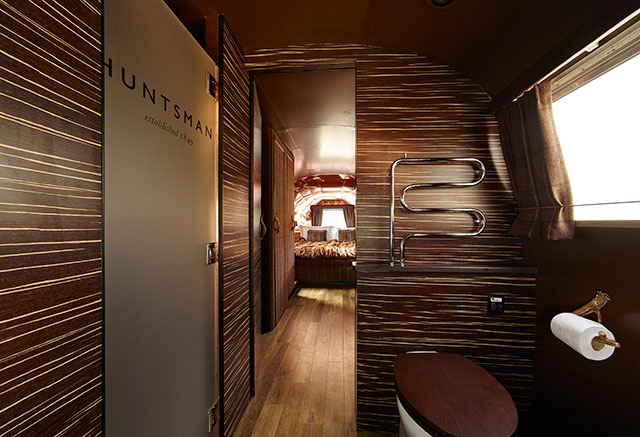 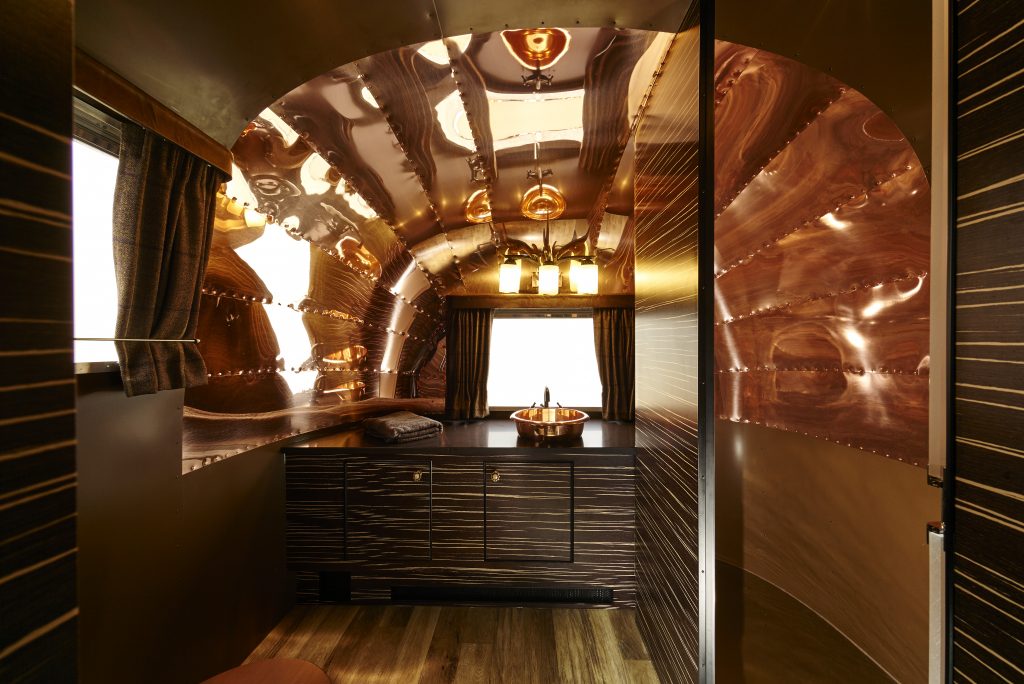 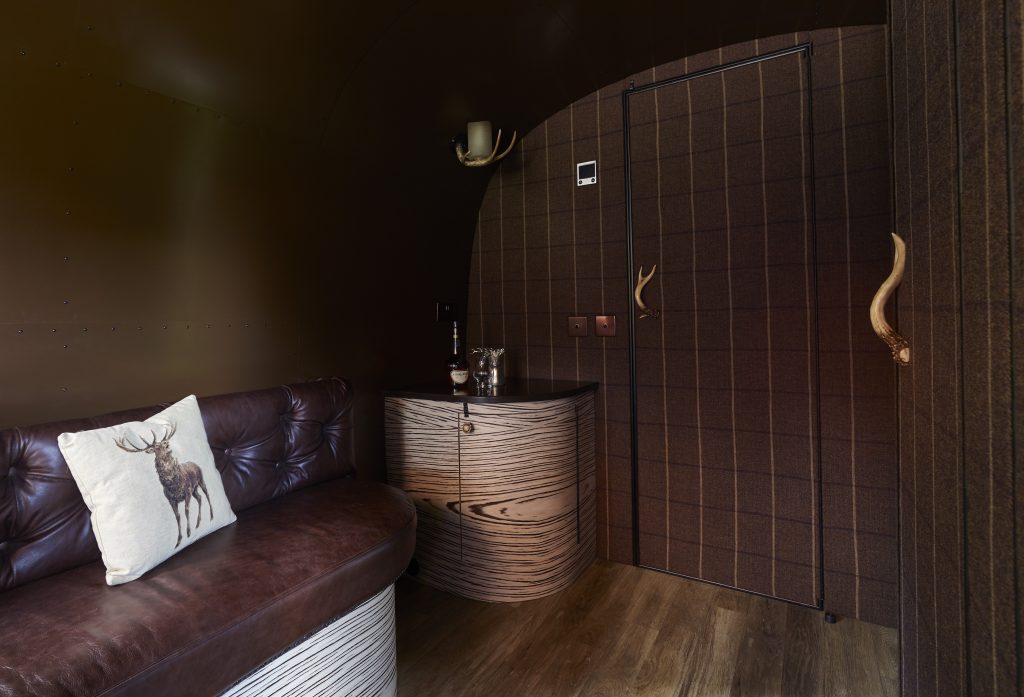