Back to the Lava Lamp Airstream today and a closer look at the lighting. As previously mentioned, the whole design is based on the inside of the Lava Lamp and there’s one recessed into the wall between the kitchen and the rear seating area: 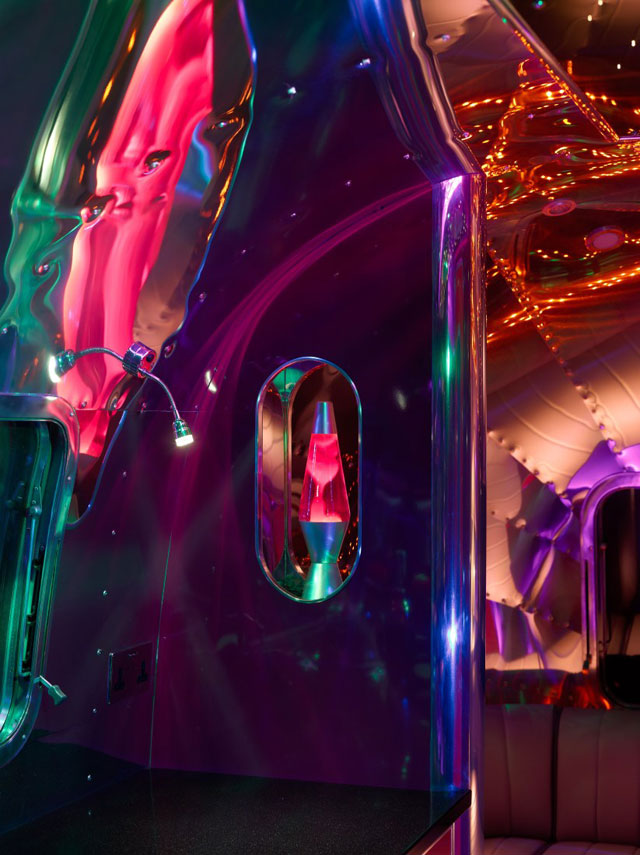 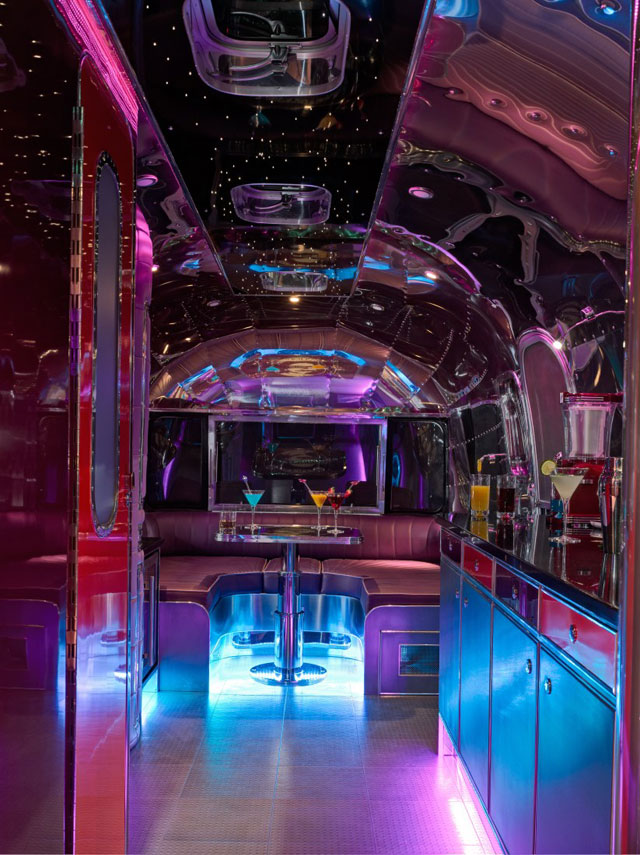 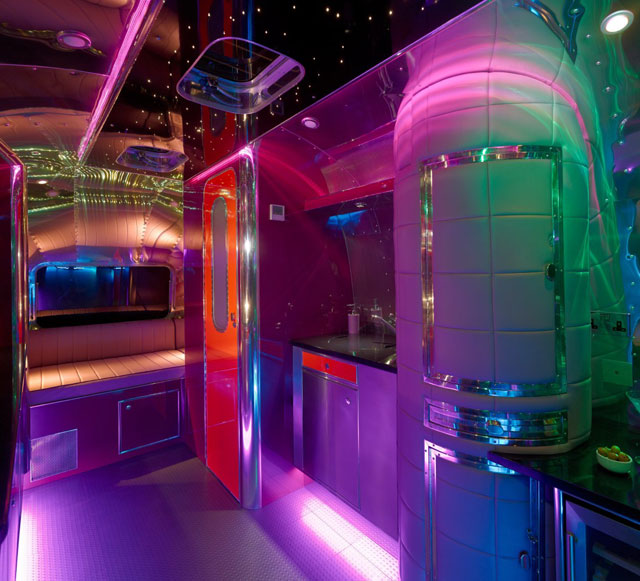 There are also some LEDs positioned around the main seating area 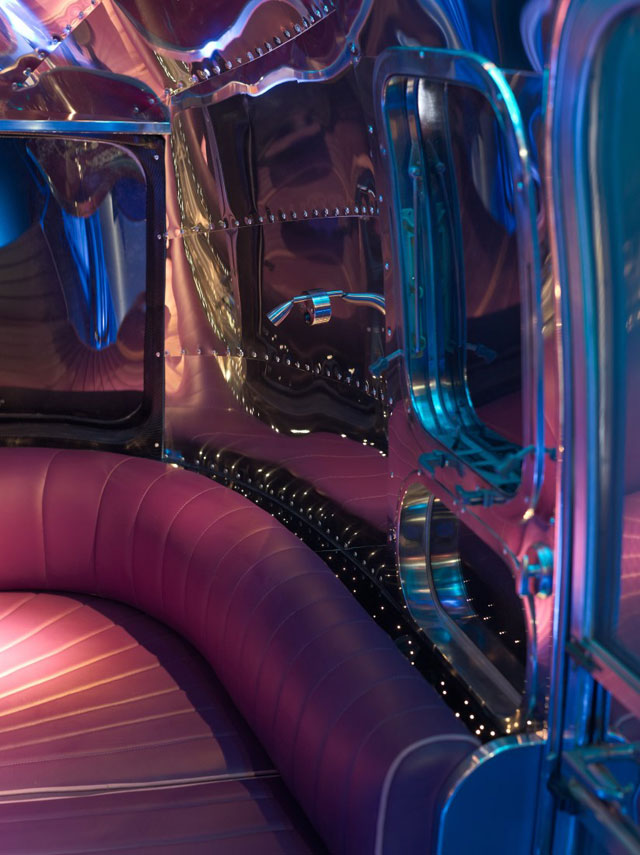 Different lamps and spotlights are positioned throughout to illuminate the bathroom and the various cocktail making surfaces: 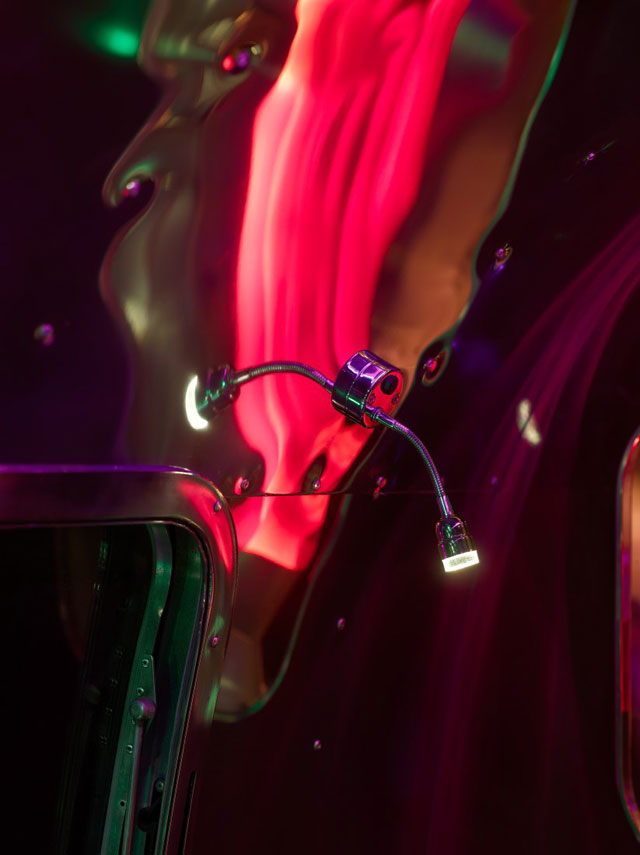 The mood lighting can be controlled by remote control with a round controller to alter the colour, the speed of the twinkling and flashing and the brightness of the lights in different areas. In combination with the surround sound stereo system and various gadgets such as the wine cooler and popcorn machine this Airstream has been a very interesting job for our electrician Terry who originally learned his trade as a helicopter electrician for the Royal Navy. 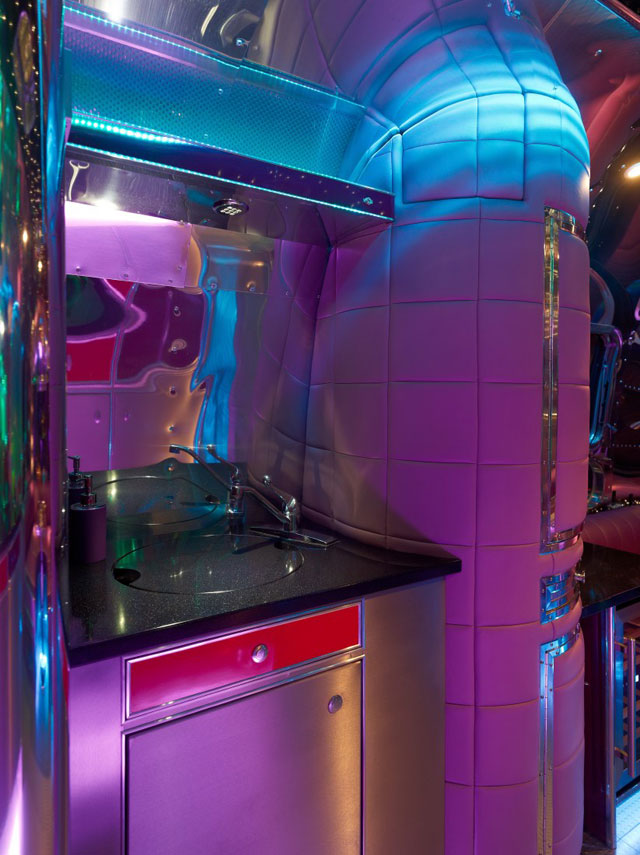